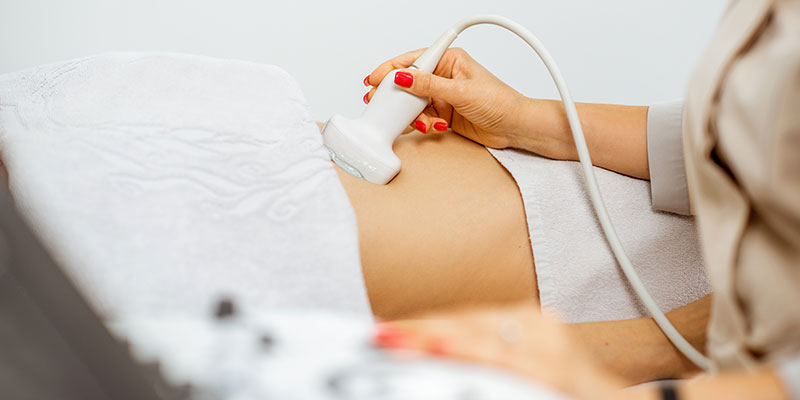 Do you know that nearly 10 to 100 women suffer from ovarian cysts? These are small sacs containing fluid that develop either inside or on the ovary. It is common for most women to get benign ovarian tumours or ovarian cysts during their reproductive phase. Ovarian cysts normally form as a part of the menstrual cycle, and these do not display any symptoms. But they can become cancerous. A few ovarian cysts are harmless but could cause a slight discomfort. There are chances of the cysts disappearing by themselves with time even without any treatment. However, some ovarian cysts do turn out to be cancerous. If your physician suspects a cyst in your ovary, they might ask you to go for a vaginal scan to assess whether it is cancerous. Anderson ultrasound scans in Chennai help diagnose ovarian cysts easily without any pain under the guidance of expert technicians.

All You Need to Know About Ultrasound

Ultrasound is the first imaging test done when there is a problem in the ovary. Ultrasound scans can detect an ovarian tumour, fluid-filled cyst, or any solid mass in the ovary. They allow your healthcare provider to get a big and clear picture of the inside of the ovary. A vaginal ultrasound is performed by placing a slender instrument inside the vagina and sending sound waves from the probe to develop images on the video screen. A small instrument called the transducer picks up the echoes bouncing back from the organs, which imbibes the sound waves. The computer then turns these echoes into images and displays them on the screen. The physician will analyze the image to identify a cyst, locate its position, and determine whether it is filled with fluid or solid in texture. You can be sure that an ultrasound examination is extremely safe as it does not contain any radiation. Most importantly, it is affordable for even the normal population. If it is a first vaginal ultrasound and you find a cyst, doctors might advise you to ignore it as long as it does not cause any trouble.

A Detailed Insight on the Need for Ultrasound Follow-up

If the ultrasound scanning provides unexpected results, patients will have to go in for other imaging tests to confirm and rule out the cancerous nature of the cyst.

Let us discuss the other imaging tests to detect ovarian cysts.

Imaging tests take pictures of the inside of the ovary to indicate if there is a pelvic mass present. They cannot confirm whether it is cancerous, but it will be helpful for healthcare providers to find out whether cancer has spread to other organs in the body. If the cyst size has increased or looks abnormal, you might need the following imaging tests after an ultrasound scan. In a few cases, the patient will be going for surgery with just the ultrasound results, but in the others, doctors will suggest further diagnosis with imaging tests.

A CT scan is a type of X-ray scan which provides cross-sectional pictures of the body and its inner parts. CT scans do not diagnose small ovarian tumours. But the larger tumours are easily identified, and the doctor will be able to see whether the tumour is spreading to the nearby areas. This scan can detect cancer in the liver, kidney, or urinary bladder and identify whether the lymph nodes are enlarged.

X-rays determine whether cancer in the ovary has spread to the rectum, lungs, or colon. In order to check the colon or rectum, a barium enema X-ray is performed, which is rarely used in women. A chest X-ray can detect ovarian cancer if it has spread to the lungs. Usually, cancer that spreads from the ovaries to the lungs develops into one or more tumours filled with fluid around the lungs. The collected fluid is called a pleural effusion, clearly visible in a chest X-ray and other scans.

Though MRI scans cannot detect ovarian cancer, they can determine whether they have spread to the spinal cord and brain. These scans produce cross-sectional images of the inner part of an organ and use strong magnets to create the pictures. In some instances, a material known as gadolinium is injected into the patients' veins to see intricate parts inside the body.

A PET scan is not as elaborate as an MRI or CT scan. It is useful to check whether the abnormal information from another scan is true. Thus, it serves as a second opinion to confirm the presence of cancer while assessing ovarian cysts. While performing a PET scan, radioactive glucose is used to identify cancer. This is because cancer cells tend to pick up greater quantities of sugar and grow more quickly than normal cells. The areas of radioactivity in the body are tracked with the help of a special camera. If the patient is already diagnosed with cancer, the physician will perform a PET scan to see whether the disease is under control or has spread to other parts of the body.

As ultrasound scanning has high diagnostic accuracy, it remains the first line of imaging test for women in determining uterine, pelvic, or ovarian abnormalities. MRI is best to evaluate adnexal pathology when the sonographic characteristics are not clear enough to determine whether the developed mass is malignant. Diagnostic imaging services by Anderson ultrasound scans in Chennai help confirm, assess, and document ovarian cancer progression and its response to treatments. We have various imaging tests under a single roof with cutting-edge technology to improve healthcare diagnostics.