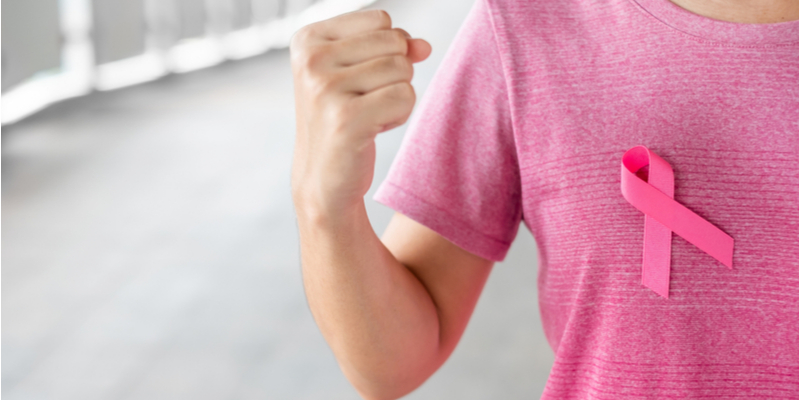 In 2020, nearly 2.3 million women were diagnosed with breast cancer globally. The same year, more than 6,85,000 women lost their lives to the world's most prevalent form of cancer. Despite the grim facts, breast cancer is also one of the types of cancer that's easily treatable, provided it is detected early.

Today, surgery has become a key component in breast cancer treatment. Surgery can be used as a sole treatment or combined with other treatments such as chemotherapy, hormone therapy or radiation therapy. Oncologists today are opting for surgery for the following reasons:

Surgery is often not the first thing doctors recommend for breast cancer treatment unless your doctor deems it is the only best option. Many factors go into determining if a patient requires surgery for breast cancer, such as:

Based on these factors, your doctor will recommend the following types of surgeries to remove the cancerous tissue and save the breast.

Breast-conserving surgery is also known as:

This type of surgery is often done to remove only the cancerous tissues and retain whatever part of the breast that can be retained. How much of the breast tissue is removed is often determined by the size and location of the tumour. During the surgery, the tumour is removed along with the surrounding tissues. Once the surgery is complete, doctors recommend a round of radiotherapy as a further course of treatment.

When a mastectomy is done, the entire breast is removed along with the surrounding tissues, skin, nipple, and tissues covering the chest. If cancer has spread to both breasts, surgeons may suggest a double mastectomy or bilateral mastectomy to remove both breasts.

In some cases, cancer that originates in the breast can spread to the underarm axillary lymph nodes. A biopsy of the lymph node is often recommended to figure out the stage and spread of cancer. Sometimes, the lymph nodes are also removed to prevent any further spread. There are two types of surgeries to remove lymph nodes.

In the surgery, a dye is first injected into the lymph node to identify the nodes prone to the spread of cancer. Only the nodes that have taken up the dye are removed during the surgery.

In ALND surgeons usually remove up to twenty lymph nodes from under the arm, even though the dye is not used to identify the cancer-prone lymph nodes.

Again, opting for reconstruction depends on the person's medical situation and personal choices.

As we earlier mentioned, surgery is often not the first choice for treating breast cancer unless the situation calls for it. There are other non-invasive therapies to remove or destroy the cancerous tissues within the breast. The more you know about these options, the more you'll understand how far treatment has advanced.

Doctors often recommend radiation therapy if cancer has metastasised or spread to the surrounding tissues and organs. The treatment involves a radiation machine that destroys cancer cells that cannot be removed by surgery. Sometimes, surgeons may place radiation-emitting seeds inside the breast near the cancerous tumour.

There are two types of radiation therapy given before or after the surgery.

System treatment for breast cancer relies on medication rather than radiation. There are three ways to administer the medication for systemic treatment.

The systemic therapies for breast cancer include:

The prime objective of administering chemotherapy is to prevent the cancer cells from metastasising by destroying them with drugs. Chemotherapy has multiple benefits. It:

Despite these benefits, chemo also has its drawbacks. It can cause loss of strength, hair, and appetite and harm healthy cells.

Doctors recommend hormonal or endocrine therapy for tumours that test positive for receptors like testosterone and progesterone. These drugs prevent the hormone from aiding cancerous growth and block the hormones to prevent a recurrence.

Immunotherapy is using one's own immune system to fight cancer. The aim here is to boost the body's immunity and target cancer cells. It is best to be fully informed about immunotherapy before taking the plunge. Being prepared and well-informed will help you make better decisions about the treatment.

As the name implies, targeted therapy destroys the genes, proteins, and tissues that contribute to cancerous growth. The drugs specifically target breast cancer cells with high levels of a protein called HER2. Targeted therapy is very specific and does not work like chemotherapy which destroys even healthy cells.

Prevention is always better than cure, which is why doctors recommend screening tests like mammograms and self-breast examination on a regular basis. Identifying breast cancer in its early stages gives you a bigger window of opportunity to get it treated. Always talk to your oncologist about the treatment types, risk factors, and benefits before choosing your options.

Anderson Diagnostics, Chennai, is the city's most reputed PET scan centre offering accurate and reliable services for breast cancer detection. We are equipped with the best technicians and infrastructural expertise to deliver results to expedite your treatment processes. Please get in touch with us for further details.