The Rise In Popularity of Genetics in Indian Medical Space 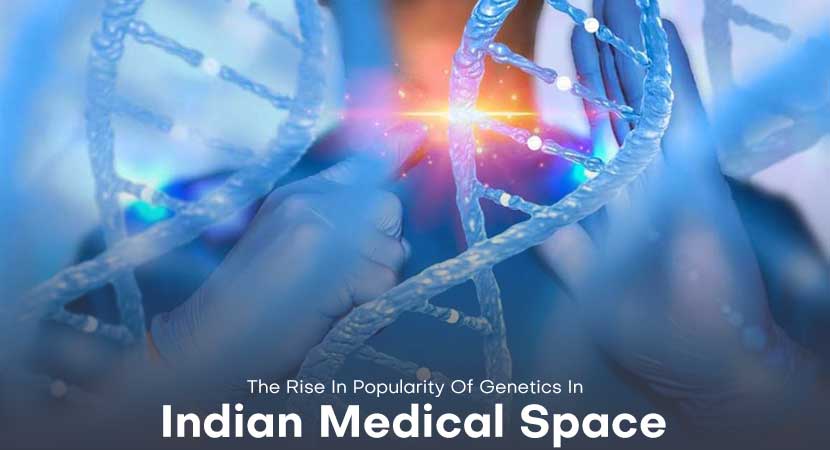 The medical field has advanced rapidly, thanks to advancements in medical technologies, assisting doctors in diagnostics and treatment of several unknown diseases. However, the human gene continues to pose different challenges to the medical fraternity with new genetic disorders being discovered.
Have you observed how a healthy baby, crossing all the infant developmental milestones without hassles, suddenly falls seriously ill or gets crippled for life, all out of the blue? The answer to such puzzling episodes lies in progressive disorders caused by genetic malfunctioning.
Prenatal genetics screening may hold the key for diagnosing such disorders at a much earlier stage enabling follow up with genetic treatment methods.
Anderson has been a leader in clinical diagnostic services in Chennai, providing high precision screening and testing for various disorders, including prenatal genetics. Besides providing speciality screening services, Anderson provides expert counselling for prenatal genetics, guiding anxious parents on the right path forward.

What is Genetic Testing?

Genetic testing involves screening the genetic makeup of a person to identify anomalies in the genes and chromosomes. Genetic testing is done using the blood or saliva or other tissue samples of an individual.
The tests are done

Until a decade ago, genetic testing was not as advanced in India as it is now. Earlier, there was no facility to screen some of the rare disorders, and people had to either live with the problem or consult medical practitioners abroad.
These tests could cost a bomb and sometimes may not yield conclusive results. India has come a long way since then.
India has made rapid progress in the field of medical technology and diagnostics, that the same tests which once cost lakhs of money, could now be done for around ₹25,000 – ₹30,000. Additionally, tests that could take weeks or even months to arrive at a diagnosis, can now be performed in a matter of a few days.
This is a positive sign and an indicator of how far prenatal genetics has progressed in India.

The Importance of Genetic Testing

There are about 20,000 genes, made of DNA, in each of our body cells, and instructs the body to make molecules called proteins. These proteins determine the cell structure and functioning of tissues and organs. Diseases occur when any of the genes mutate

This is why the progress that we have made as a nation in prenatal genetics is nothing short of a revolution. It is observed that there is no branch in medicine that is not benefited from genetic testing. Paediatrics, foetal medicine, oncology are some areas where genetic testing is most common and useful.
Diseases such as Thalassemia, some types of breast, ovarian, thyroid, colon and prostate cancers, muscular dystrophy, epilepsy can be effectively diagnosed using genetic testing. This is done using DNA sequencing methods such as Whole Genome Sequencing (WGS) or Next-Generation Sequencing (NGS).

The Popularity of Genetic Testing in India

According to industry sources, there are nearly 20 gene testing centres in India and 50 organizations operating in this space. Anderson Diagnostics is one of the players in this field. Many of these centres outsource their tests to other labs in India or abroad.
Most of these diagnostic centres focus on tests prescribed by physicians, while there are companies that also do direct-to-consumer (DTC) tests. Of course, these DTC tests account for just 10% of the genetic testing market.
While the West is open to DTC tests out of curiosity to learn one’s lineage, in India, DTC is more about wellness and to know about one’s vulnerability to diseases.
Lack of medical geneticists to analyse and interpret test data and expert availability for counselling for prenatal genetics are still challenges in genetic testing in India. Despite this, people are now more aware that genetic testing holds the key to several clinical disorders.